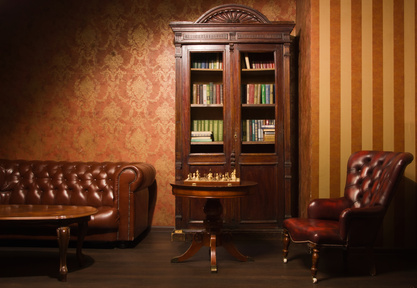 At English Station we make you live and experience the epochal passage of time as monitored by English-speaking chroniclers through the ages. Our escapade normally zooms out on the level of the Epic artefacts like Beowulf, which were normally written in Old English.

Thereafter you will be guided gracefully to acquaint yourself with Geoffrey Chaucer who was the iconic poet of that age. Chaucer was from London, and wrote in Middle English.

The Renaissance Era was a European phenomenon! Through the influence of such polymaths like Michael Angelo and Leonardo da Vinci, the European vehicle of far-ranging reforms was well on its way, and in its wake, great artists like Ben Johnson, William Shakespeare made their entrance onto the scene of the European intellectual theatre.

Restoration Age writers like John Milton and John Dryden paved the way for the satirical novelists and other empirical thinkers such as John Locke.

Augustan authors like Alexander Pope, Jonathan Swift also left their footprints on the sands of literary greatness. This brand of artists flourished during the reign of Queen Anne, king George I, and George II. It is the era that featured the rapid development of the novel form that was rich in satire, mercantilsm, empiricism and political economy.

Age of Sensibility is almost always subsumed under the heading: âAge of Johnsonâ whose towering profile dominated the era. Other significant authors of this age included Oliver Goldsmith, Richard Brinsley Sheridan and Laurence Sterne. The Sentimentalist movement that was prevalent at the beginning of the 18th century turned the rationalism of the Augustans on its head.

The Age of Romanticism the phrase âromanticâ has several possible meanings. At English Station we intend to initiate you into the letter and spirit of especially those literary luminaries like Mary Shelley (Frankenstein), Jane Austen (Pride and Prejudice), whose works celebrated the emotional and intellectual concepts of sentimentalism and sensibility. It includes Gothic fiction, pulp-fiction and horror romanticism. The period stretches from the publication of William Wordsworthâs Lyrical Ballads (1798) to the crowning of Queen Victoria (1837).

The Victorian Era epitomised the denouement or twilight years of the novel genre of Charles Dickens (1837-1900). While Dickens symbolised the boom: (The Pickwick Papers – April 1836-Novemeber 1837); Thomas Hardy hammered its death knell through his publication of (Jude the Obscure, 1895) which depicted despeakable apostacy.

The 20th Century
Modernism in art tends to put more premium on the ever more minute and analytic exposition of mental life. The movement was spearheaded by artists like Ezra Pound and James Joyce who rejected the certainty of Enlightenment thinking, and many modernists rejected religious beliefs. Poundâs âMake it newâ was the touchstone of the movementâs approach towards what it saw as the now obsolete culture of the past.

The 20th Century
Non-Modernists. These include artists like E.M. Forster (A Passage To India); Nobel Prize Laureate, Rudyard Kipling (The Jungle Book); George Orwell (Animal Farm), and many others. 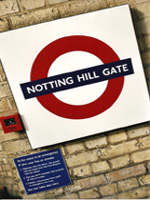